Throughout the United States, and around the world, educators and policymakers are recognizing computer science’s importance as part of a well-rounded education. We live in a world where computer technology surrounds us every moment of the day. Understanding how that technology works is now considered, by many, a fundamental new literacy. Students who are aware of computer science principles and learn to apply its practices have the power to become creators – not just consumers – of computer technology. 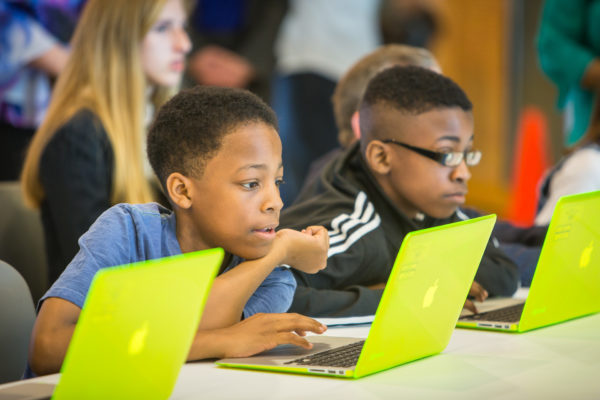 New platforms are now available to teach computer programming, or coding, as early as kindergarten. Like other STEM subjects, the idea is not to train young students to become future software designers, but rather to prepare them with the foundational building blocks that can help them understand their world and prepare for a wide range of future opportunities. Those students who do ultimately choose to pursue computer science careers have a very bright future at the present time and into the foreseeable future. Jobs in computing are growing at twice the rate of other employment sectors, and computing occupations are currently the number-one source of new wages in America. In a 2015 ranking of the Top 100 Best Jobs by US News and World Report, three of the top 10 jobs were related to computer science – software developer (#3), computer systems analyst (#7), and information security analyst (#8). Keep in mind, not all computer science-related jobs are in the technology industry: Computer scientists are found in all STEM fields. Web developers use markup and programming languages to build websites and web applications. Manufacturers employ software engineers to write the code that’s embedded in a growing number of consumer devices. Our nation’s military depends on information-security professionals to keep our infrastructure safe and secure. Visual artists and musicians are using code, too, to expand their artistic horizons.

Considering the unprecedented growth and importance of technology in our lives, it’s not surprising that parents and students alike are eager to see computer science offered at their schools. As school districts and state departments of education have expanded access to computer science courses, more and more students want to take part. Traditionally, computer science-related careers were among the least diverse occupations in the nation, but there are now strong signs that the trend is changing. Expanding access to computer science education opportunities here in Mississippi will play a critical role in fueling growth in Mississippi’s knowledge economy and the higher wages and improved quality of life that accompany it. Research has shown that exposure to computer science in school matters. According to data from the College Board, students who take Advanced Placement Computer Science are eight times more likely to major in computer science when they get to college. Multiple studies have found that girls start losing interest in science, technology, engineering, and mathematics (STEM) subjects during middle school. Other studies have shown that early exposure to computer science, especially for girls, can encourage them to pursue STEM-related fields, including computer science, as they get older. Nationwide, minority and low-income students are less likely to have opportunities to learn computer science in school. But our past is not our destiny. The proliferation of mobile devices is lowering the cost barrier of computing and expanding access into low-income communities and schools. As the #CS4All movement continues to gain momentum, new technologies are enhancing student learning. There are new opportunities for professional development. Federal education funding for Computer Science education and corporate investment are increasing, too. For teachers, there has truly never been a more exciting time to teach computer science. 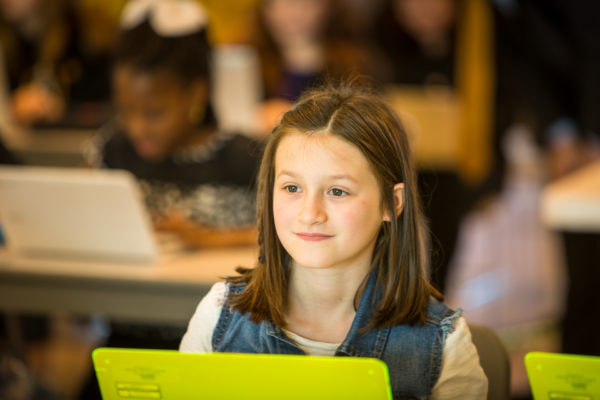